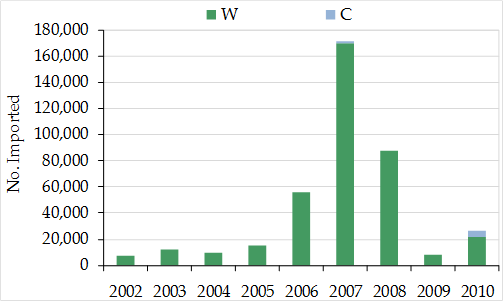 Imports of wild-sourced skins by Turkey peaked in 2007, and subsequently decreased up to 2009. Although there was a three-fold increase between 2009 and 2010, imports were still well below the level reported between 2006 and 2008.