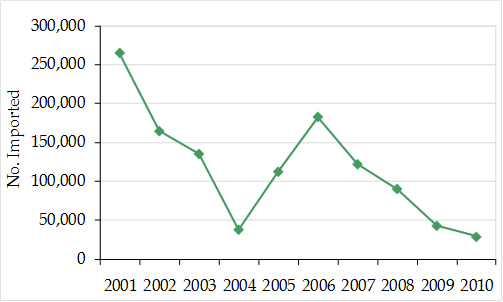 EU imports in 2010 primarily comprised skins, all of which were wild-sourced and traded for commercial purposes (29,021 skins). Imports of wild-sourced skins have decreased each year since 2006 and decreased by 33% between 2009 and 2010.