Percentage of global trade to the EU:  16% 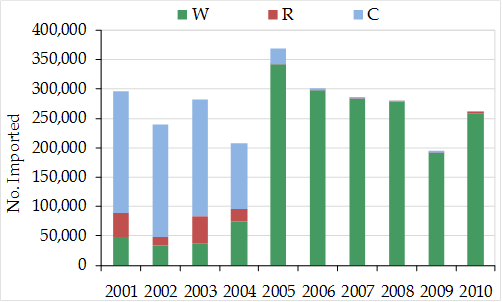 In 2010, EU imports principally comprised wild-sourced skins (259,386 skins), with notable quantities of wild-sourced skin-pieces (3,199) and small leather products (2,629), the majority of which were traded for commercial purposes. Smaller quantities of skins originated from captive-bred and ranched sources (1,553 and 1,000 skins, respectively).