Percentage of global trade to the EU:  31% 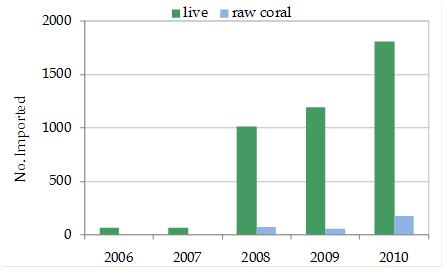 EU-reported imports of wild-sourced live and raw coral of Euphyllia divisa, all purposes, 2006-2010 (minimal trade was reported prior to 2006).