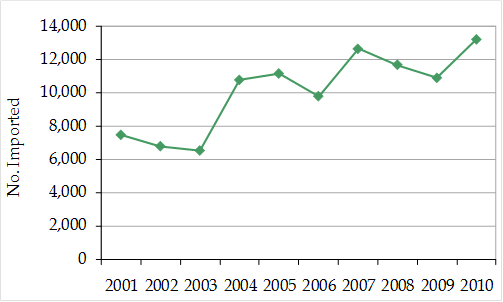 In 2010, all EU imports were wild-sourced and imported directly from Indonesia for commercial purposes. Imports were primarily live (13,188 corals), with 230 raw corals also imported. Imports of live, wild-sourced coral increased by 21% between 2009 and 2010, following two consecutive years in which imports decreased.