Percentage of global trade to the EU:  91% 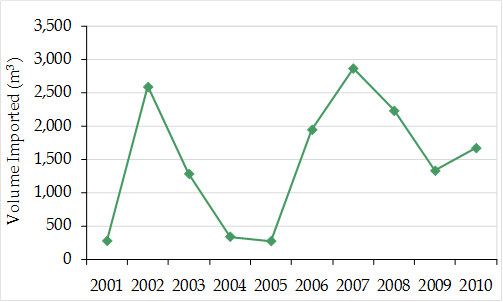 EU imports in 2010 were all wild-sourced and traded for commercial purposes, comprising 1,670 m3 of timber and 120 m3 of carvings. EU imports of wild-sourced timber increased by 26% between 2009 and 2010, following two consecutive years in which imports decreased.