Percentage of global trade to the EU:  52% 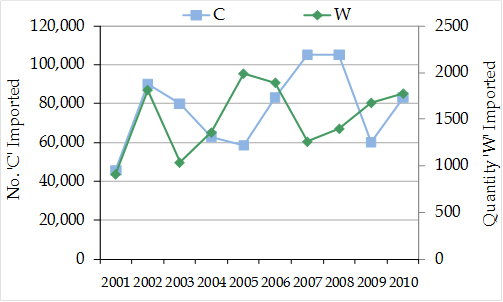 The majority of the wild-sourced live specimens were exported directly from Turkey (72%), with 25% originating in Serbia and the remainder from an unknown country of origin. The captive-bred derivatives primarily originated in Ukraine (90%) with the remainder originating in the Russian Federation.