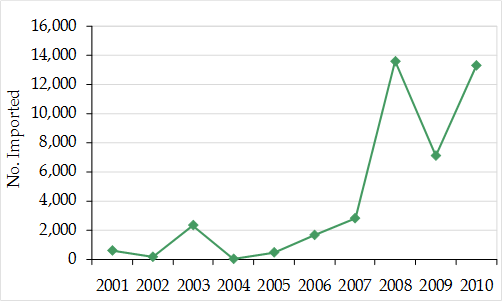 The majority of EU imports in 2010 were wild-sourced skins (13,272 skins), of which all but one were traded for commercial purposes. Imports of wild-sourced skins almost doubled between 2009 and 2010, reaching a similar level to 2008 imports.