Percentage of global trade to the EU:  25% 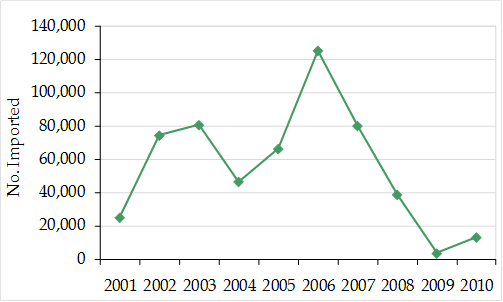 In 2010, EU imports consisted of 13,094 skins, 20 garments and 18 plates, all of which were wild-sourced and exported directly from Argentina for commercial purposes. Imports of wild-sourced skins increased over three-fold between 2009 and 2010, but still remained lower than in any other year 2001-2008.

The SRG reconfirmed a positive opinion for specimens from Argentina on 02/12/2008.