Percentage of global trade to the EU:  42% 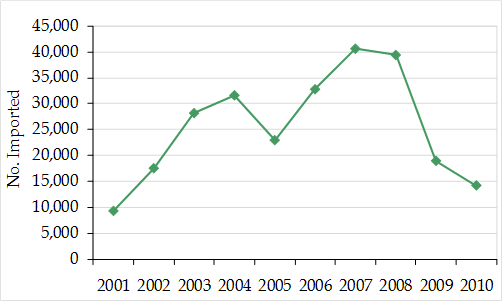 The majority of EU imports in 2010 were wild-sourced skins and skin pieces traded for commercial purposes (14,174 and 1,100, respectively). Imports of wild-sourced skins decreased by 25% between 2009 and 2010; 2010 is the third consecutive year in which imports have decreased.

The SRG confirmed positive opinions for specimens from both Canada and the United States on 27/03/2007.