Percentage of global trade to the EU:  27% 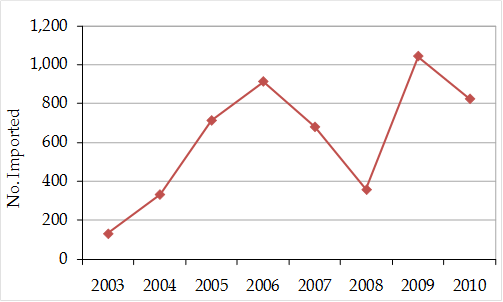 EU imports in 2010 principally consisted of ranched bodies originating in Indonesia (824 bodies) which were primarily imported for commercial purposes; six pre-Convention bodies were also imported via San Marino from an unknown country of origin. Imports of ranched bodies decreased by 21% between 2009 and 2010.