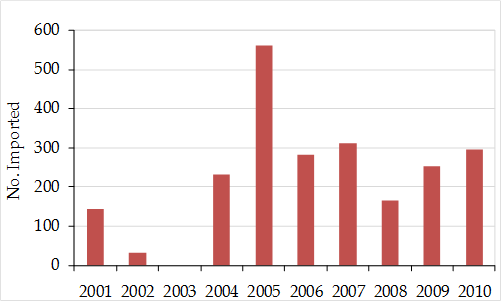 EU imports in 2010 principally consisted of ranched bodies originating in Indonesia (295 bodies) which were primarily imported for commercial purposes; 17 pre-Convention bodies were also imported via San Marino from an unknown country of origin.