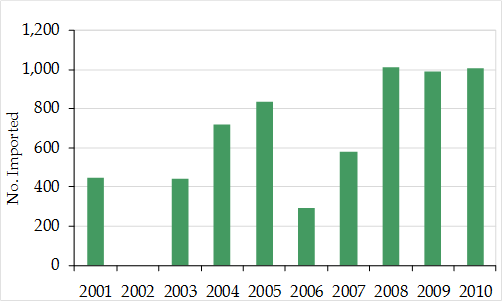 All EU imports in 2010 were wild-sourced and exported directly from Madagascar; with the exception of trade for scientific purposes, all trade was in live animals imported for commercial purposes (1,006 animals). The quantity of live animals imported in 2010 was roughly equivalent to levels in 2008 and 2009.