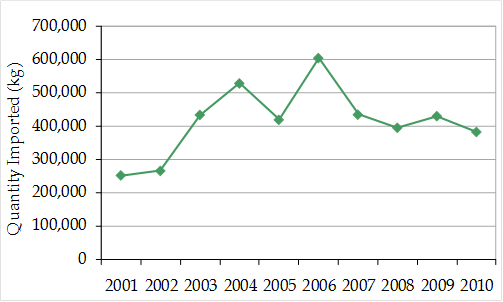 In 2010, EU imports primarily comprised wild-sourced meat imported directly from Jamaica for commercial purposes (382,089 kg); a total of 59 wild-sourced shells were also imported. Imports of wild-sourced meat decreased by 11% between 2009 and 2010.
S. gigas from Jamaica was reviewed for the 46th meeting of the SRG, and the existing positive opinion for this species/country combination was confirmed on 30/06/2009.