Percentage of global trade to the EU:  97% 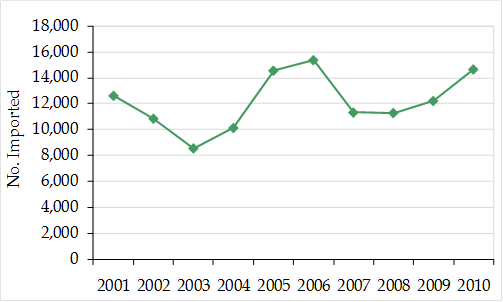 With the exception of one trophy exported directly from Argentina, all trade originated directly from Peru. Exports from Peru were included in the CITES Review of Significant Trade in 2001. The SRG formed a positive opinion for all countries on 22/07/1997, which was reconfirmed for Peru on 16/02/2010 and removed for all other countries on 02/12/2011.