Percentage of global trade to the EU:  19% 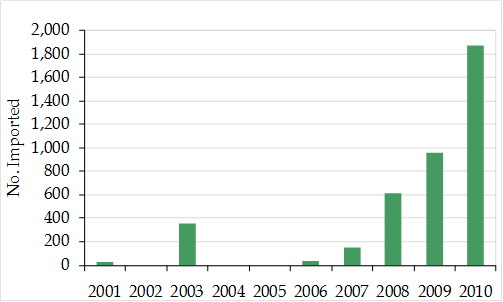 All EU imports in 2010 were live, wild-sourced animals exported directly from Chad for commercial purposes (1,870 animals). Live, wild-sourced imports have increased every year since 2006 and nearly doubled between 2009 and 2010. The SRG formed a positive opinion for specimens from Chad on 18/05/2010, subject to a quota of 2,500 specimens.