Percentage of global trade to the EU:  32% 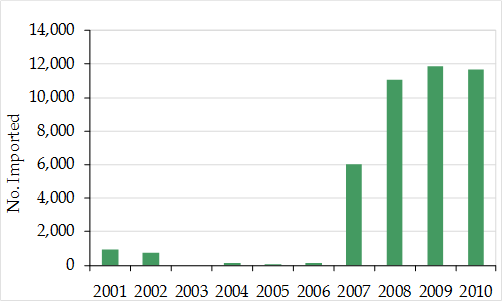 In 2010, EU imports principally comprised live, wild-sourced coral (11,978 corals), with a smaller quantity live corals reported as source ‘F’ also imported (655 corals); small quantities of raw corals from both sources were also reported. All trade was for commercial purposes. Although imports of E. ancora met the ‘overall increase’ criterion, 2010 is the second consecutive year in which imports of live, wild-sourced coral decreased, with a decline of 7% between 2009 and 2010.